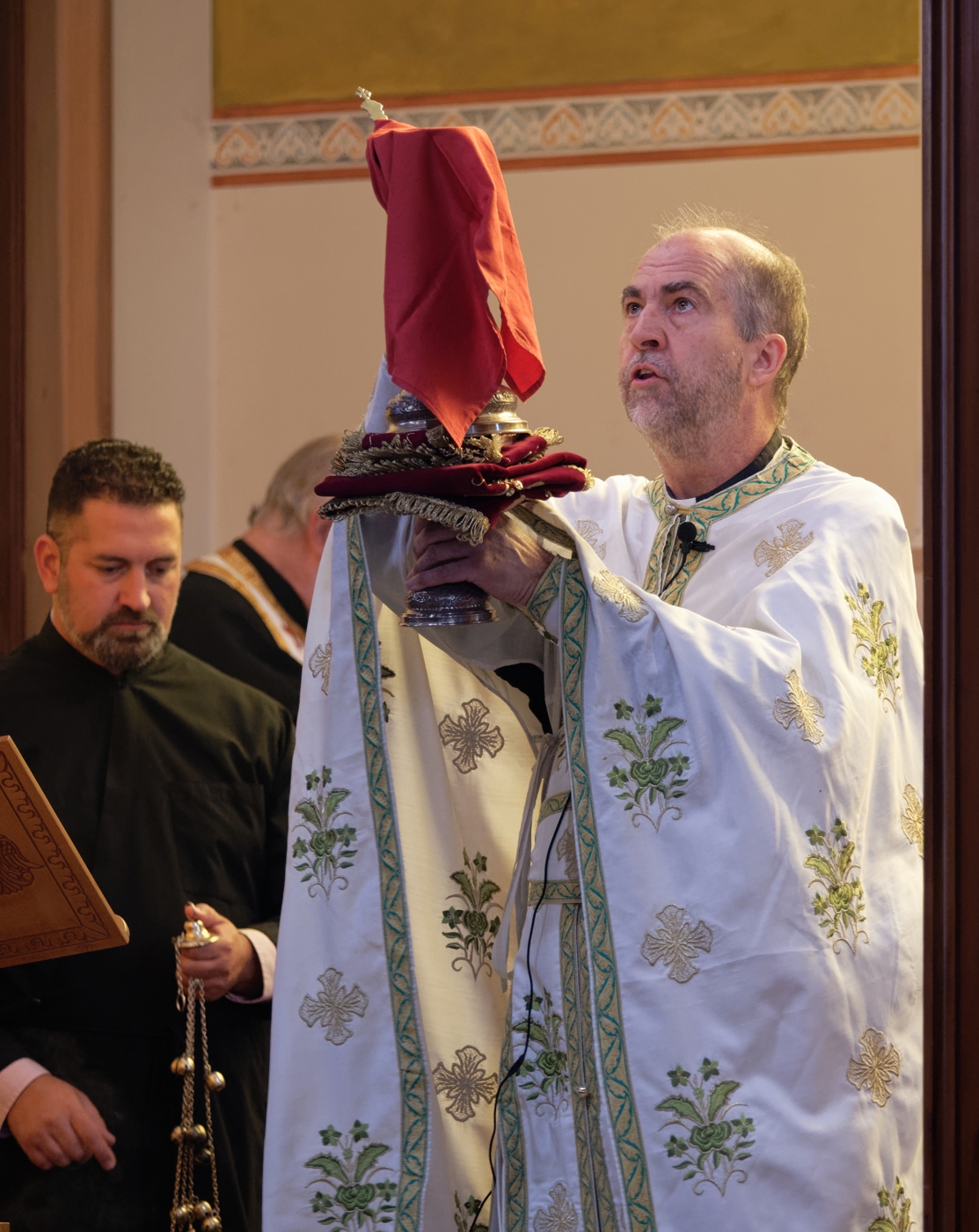 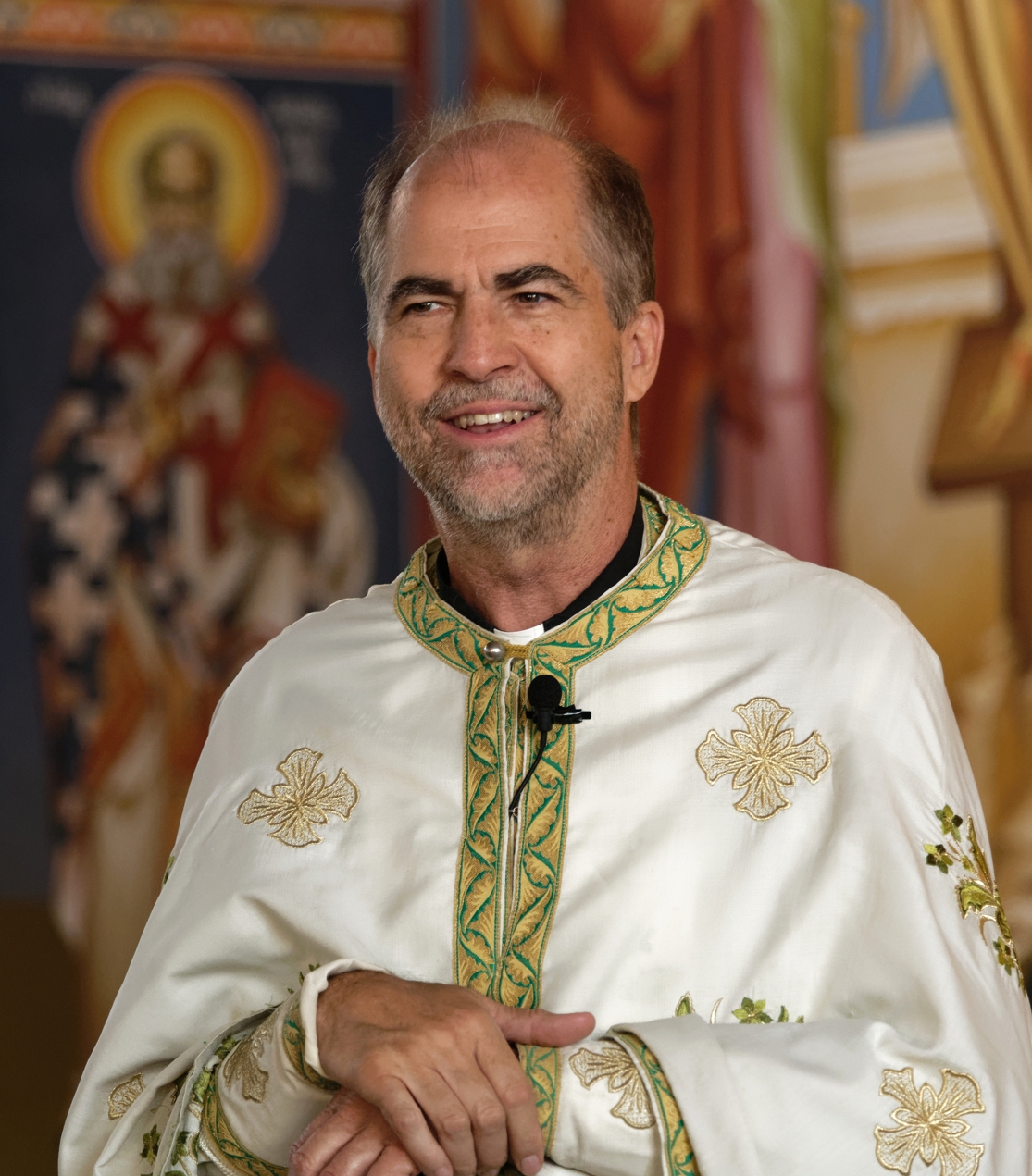 Fr. James Owen Berends has been married to Presbytera Anne for 32 years. They are the parents of two daughters, Caitlin and Melanie. Currently, both attend The University of the South (Sewanee) in Tennessee. Since graduating from Holy Cross Greek Orthodox School of Theology in Brookline, Massachusetts, Fr. Jim has served parishes in Florida, Georgia, North Carolina, Tennessee and most recently in Michigan. He was ordained to the diaconateon August 24th, 2003 at Holy Trinity in Dallas, Texas by His Eminence Metropolitan Isaiah and to the priesthood on July 18th, 2004 at Holy Trinity in Orlando, Florida by His Eminence Metropolitan Alexios. He has served on the Alumni Board at Hellenic College/Holy Cross and for six years was Co-Coordinator for the St. John Chrysostom Oratorical Festival for the Metropolis of Atlanta. In 2013, his parish hosted the Archdiocese SJCOF.

Prior to becoming Orthodox, he attended Wheaton College in Illinois receiving a Bachelor of Artsin Political Science. While there he played Intercollegiate Basketball. After a two-year gap, he then attended Dallas Theological Seminary, graduating with a Master of Arts in Biblical Studies. In addition to his love of History (Colonial, the Civil War, Russian & Byzantium), the authors C.S. Lewis, T.S. Eliot, Flannery O’Connor and G.K. Chesterton are frequently referred to and quoted in both his writing and his homilies. Most frequently, however, it will be the lyrics of Bob Dylan that will be heard. All had an influence on Fr. Jim’s journey to the Orthodox faith. Other events on that journey to Orthodoxy were meetings with Archbishop Dimitri and Fr. Peter Gillquist of blessed memory, the reading of The Orthodox Church by Metropolitan Kallistos Ware, the out-of-print book Eastern Orthodoxy by Ernst Benz and a Greek Festival tour in Dallas.

He has an avid lifelong interest in Sports and has adopted the policy of “root, root, root for the home team.” Sometime after college, his favorite sport to watch has been hockey. While dating Anne, a generous benefactor provided regular tickets to the Philadelphia Flyers games, to assist my efforts in procuring her hand in marriage. As noted on line one, it worked. Whether hockey had anything to do with it, you would have to ask her.